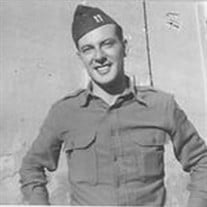 LEWIS (LEW) SILAS CROCKER 90 of Sutherlin, Oregon passed away died Tuesday March 23, 2010 at the Roseburg VA Regional Center with his wife at his side. He was born on August 31, 1919 in Akron, Ohio to Lewis Stone and Bertha (Nelson) Crocker. Lew was rised in Fredonia, New York, graduated from Fredonia High School then attended the University of Alabama majoring in journalism. He entered the U.S. Army in 1942 and quickly rose in rank to Captain. Lew served as company commander and as combat training officer in the 5th Army in Italy. At the war's end he was elected Chairman of the Allies Forces Real Estate Council for Southern Italy. Lew was knighted by King Umberto, given the Medal of the Crown of Italy and also made a Cavalier of the Order of Constantine as a result of his efforts for displaced people and assistance to the orphanages in Southern Italy by his self-organized groups. He then spent three years as a U.S. Department of State Representative, in the disposal by sale of $3 billion worth of surplus military properties located in the European and Far East Theaters of Operation while based in Italy, France and Guam. It was in Guam in 1924 that he married Marcella Harens, the mother of his children and later divorced. Lew spent a year as Representative in Washington, DC for the Central Bank of China. After the war, Lew went into consulting work in which he excelled the rest of his life. Returning to Los Angeles, California he spent 12 years as Executive Vice President of a major consulting firm, supervising 25 consultants on assignments for firms in aerospace, banking, health care, retailing, transportation, public utilities and government bodies. No business was ever too small or to large for his undertaking. In 1980 Lew married Claire Denis, the love of his life, his business associate, golf partner and best friend. Lew and Claire went to work for Medical Enterprise, Lew as the Project Director for two new hospitals in Saudi Arabia and Claire as Nursing Consultant. Returning to consulting work, Lew conducted a study for a large law firm in Century City, which let to a position as Continuing Education Director for the attorneys. He then created his own new consulting firm as President and CEO, specializing in creating Continuing Education Programs for leading law firms and law departments of large corporations. Lew retired from work in 1995 because of ill health. He was always active in the service of others by being a member of Rotary, Kiwanis or Lions where ever he worked. In 1989 he was elected to a Honorary Lifetime Status as a Certified Management Consultant. Lew also served as an arbitrator for the American Arbitrator Association. He was an enthusiastic golfer, fisherman and an avid reader. Survivors include his cherished wife Claire Denis Crocker; son Lewis S. Crocker and his wife Tina of Redondo Beach, California, daughter Karyn Sue and partner Sherry Rutherford of Petersburg, Virginia, son Bradford James Crocker and his mother Marcella Crocker of Magalia, California; sister Marguerite Shotwell of Leesburg, Florida; cousins Wilson Crocker and sister Nancy of Yuba City, California; numerous nieces and nephews. Lew was preceded in death by his parents Lewis and Bertha Crocker; sister Jean Lagassee and beloved step-mother Alice Mau Crocker. A celebration of Lew's life will be held on Wednesday, March 31, 2010 at 11:00 am preceded by the Rosary at 10:30 am at St. Francis Xavier Catholic Church in Sutherlin. Officiating will be Father Paneer Selvam and Reverend John Stenbeck. Military honors will be provide by the VFW District 12 Honor Guard. Interment will be held in St. Mary's Catholic Cemetery in Middlebury, Vermont.

LEWIS (LEW) SILAS CROCKER 90 of Sutherlin, Oregon passed away died Tuesday March 23, 2010 at the Roseburg VA Regional Center with his wife at his side. He was born on August 31, 1919 in Akron, Ohio to Lewis Stone and Bertha (Nelson) Crocker.... View Obituary & Service Information

The family of Lewis Silas Crocker created this Life Tributes page to make it easy to share your memories.

Send flowers to the Crocker family.