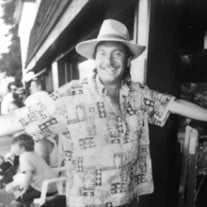 Kelly Pace It is with great sadness that we announce Kelly Dwain Pace, 61, of Roseburg, Oregon, passed away Monday Dec. 13, 2021 with his loving wife by his side. Kelly suffered from several medical ailments over the years but was always optimistic showing strength and courage to overcoming life challenges. Kelly was born Sept. 7, 1960 in Portland, Oregon, to Carole and Dwain Pace. He was raised in Eugene, Oregon, by his mother Carole and stepfather Warren Carlson along with his three brothers Chris, Kyle and Erik. He graduated from Winston Churchill High School in 1978, and shortly after that he joined the United States Air Force and served eight years. While in the Air Force he played on the men’s slow pitch softball team and traveled throughout the world. While in the service, he met the love of his life, Amanda Gomez and later married on Aug. 22, 1981. During this time Kelly and Amanda lived in Visalia, California, before relocating to Roseburg, Oregon, in 1994 where he went on to work for the US postal service for 17 years before retiring. Kelly and Amanda were married for 40 years and raised their three beautiful daughters Tonya, Toni and Theresa in Roseburg, Oregon. Kelly was so proud of his daughters and the life he and Amanda built for their family. He instilled his hard work ethic within his children and was very proud of the young women they have become. Kelly had a passion for music, dancing, crabbing on the Oregon coast and any University of Oregon sporting event. Whether it was baseball, softball, football or basketball, he loved his Ducks. He could make you smile and laugh with a story, joke or a one liner. On his favorite days he enjoyed spending time with his family and friends. He loved any activity his children or grandchildren were involved in. He was their biggest fan. Kelly was preceded in death by his parents Carole Louise Carlson, Dwain Pace and Warren Carlson. Kelly is survived by his beloved wife, Amanda Pace. His daughters; Tonya Dunlap and husband Ryan; Toni Fritz and husband Kyle; and daughter Theresa Pace. His grandchildren; Tatum, Titus, Teagen, Easton and Emmett. His brothers Chris Pace, Kyle Pace and Erik Carlson. And the many friends he considered family. A burial service will be held Friday, Jan. 28, 2022, at 3:00 p.m. at Roseburg National Cemetery Annex, 913 NW Garden Valley Blvd, Roseburg, Oregon 97471. A celebration of life will follow at 5:00 p.m., at Riversdale Grange Community Center, 4855 Garden Valley Rd, Roseburg, Oregon 97471.

Kelly Pace It is with great sadness that we announce Kelly Dwain Pace, 61, of Roseburg, Oregon, passed away Monday Dec. 13, 2021 with his loving wife by his side. Kelly suffered from several medical ailments over the years but was always optimistic... View Obituary & Service Information

The family of Kelly Dwain Pace created this Life Tributes page to make it easy to share your memories.

It is with great sadness that we announce Kelly Dwain...

Send flowers to the Pace family.