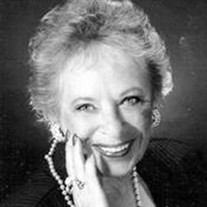 Mrs. Judith F. Butts, 71, of Roseburg, Oregon passed away peacefully in her home on August 7, 2011. She was born on October 7, 1939 in Olympia, Washington to Vincent Buchman and Opal Stephenson. After relocating with her family, Judith graduated from Medford High School in 1957. She continued her education at Lane County Community College, Spokane Community College and completed her studies at NW Intermediate Banking School. After school she worked for Pacific Continental Bank, and retired from being a personal secretary for Mr. Hult in Eugene, OR. In 1984 she met and married the love of her life Fred Butts. Judith loved being a team grandma for her grand-daughters sports. She enjoyed traveling to exotic locations and she loved to collect tinker bell, and clown memorabilia. Judith was a member of the Roseburg Women of the Moose, Red Cross, and SMART (start making a reader today). She was awarded as Senior Regent Women of the Moose in 2007-2008, and she was President of the Roseburg Emblem Club in 2003. Judith is survived by her daughter Lynne Tonn of Roseburg, OR, granddaughter Michelle Tonn of Roseburg, OR and cousin Polly Vann of Redmond, WA, as well as many friends. In 2007 Judith was preceded in death by her husband of 23 years Fred Butts. She was also preceded in death by a sister Pamela Meacham in 1992, and an infant daughter Denise Gillies. Graveside services will be held at the Roseburg National Cemetery on Friday August 12 at 11:00 am followed by a Celebration of Life at Stewart Park from 2-5 pm. A special thanks to Amedisys Hospice Care, Darlene Huskey RN, Carie Case CNA, volunteer Judy Clark for the awesome care and kindness given to mom, and thank you to all my friends for always being by my side when needed. In lieu of flowers, donations may be made in Judith's name to Mooseheart Child City & School Inc.

Mrs. Judith F. Butts, 71, of Roseburg, Oregon passed away peacefully in her home on August 7, 2011. She was born on October 7, 1939 in Olympia, Washington to Vincent Buchman and Opal Stephenson. After relocating with her family, Judith graduated... View Obituary & Service Information

The family of Judith F. Butts created this Life Tributes page to make it easy to share your memories.

Send flowers to the Butts family.