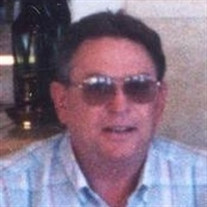 Leo James "Jim" Hassler was born in Los Angeles California to Leo Julius (Lee) and Norma Loise (Steiner) Hassler on August 26, 1939. Jim grew up in El Monte, California and lived in the same house until he married. He had 3 younger brothers, Richard, David, and Roger. The family's parish church was Nativity Catholic Church were he was an alter boy and attended Nativity Catholic School, 1st thru 9th grade. Jim went to Pomona Catholic High School for 4 years. He was in the Navy for 3 and ½ years and was assigned to the USS Shangri-La where he traveled all over Asia. While his ship was anchored in Long Beach there was a collision with another Navy ship, there were many causalities. After he was discharged he was employed by Vons & Shopping Bag as a checker and worked in several locations. He met the "Love of his Life" Marilyn Holmes and they were married on May 9th, 1964. At about the same time he was working for the Southern Pacific Railroad as a brakeman on the freight trains. He enjoyed over 20 years "Riding the Rails" mostly in southern California and Arizona. During that time he and Marilyn raised 4 children, Robert Michael, Theresa Lynn, Andrew Phillip, and Jane Marie. The family lived in Rialto, Rancho Cucamonga, Montclair, Pico Rivera, Alhambra and El Monte. In 1992, Jim and Marilyn moved here to Roseburg. Jim retired in 1997 on a physical disability (knee). It was then that he was able to go fishing, traveling and golfing. They belonged to the Indian Lanes Match Club and traveled thru out southern Oregon on weekends to attend matches. He joined the Knights of Columbus and rose to be Grand Knight twice. Jim was also active in the Douglas County Right to Life. In October of 2010 he suffered congestive heart failure in a doctors office and was revived at Mercy Hospital and sent to Sacred Heart for a triple by-pass. He recuperated slowly getting his energy and zest for life back. He was a great railroad story teller, loved to watch sports and especially Nascar. Jim was an avid Angles Fan, he and Marilyn traveled to Seattle to attend an Angles and Mariners 3 game series. He was on the Pastoral Council for St Joseph Catholic Church where he and Marilyn attend since 1992 and was head usher at 9:00 am mass for the last several years. Jim is survived by his wife, Marilyn, four children and seven grandchildren, three brothers and their wife's, twelve nieces and nephews and their children. A funeral mass will be Monday at 12:10 PM at St. Joseph with a luncheon to follow. Interment will be at Roseburg National Cemetery with Military Honors.

Leo James "Jim" Hassler was born in Los Angeles California to Leo Julius (Lee) and Norma Loise (Steiner) Hassler on August 26, 1939. Jim grew up in El Monte, California and lived in the same house until he married. He had 3 younger brothers,... View Obituary & Service Information

The family of Jim Hassler created this Life Tributes page to make it easy to share your memories.

Send flowers to the Hassler family.