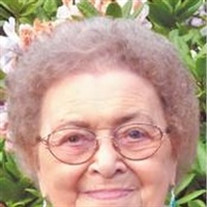 Gladys Lee Bartholomew passed away on Wednesday, November 16, 2011, at home in Roseburg, Oregon. She was born August 21, 1929, Sheldon, Missouri, to parents, Robert and Bessie (Tapp) Albers. Gladys grew up and attended school in Nevada, Missouri. Her first job was at age 16 working in an overall factory. When she was around 17 years old, she moved with her parents and sister to Jerome, Idaho, and took a job working at Kings Variety Store. Shortly before her 18th birthday, she married Milton Bartholomew on June 10, 1947, in Jerome, Idaho. Together they started their family and farmed in Jerome. In August of 1961, Milton (M.L.) moved the family to Roseburg, Oregon. M.L. returned to Jerome to get the crops in and then joined the family in Oregon, in the fall. Gladys was a housewife for many years and together with M.L. operated Bart's Kennels from 1964-1976. She later became an Avon Products sales representative/assistant manager. At the time of her passing, she had sold Avon for 31 years. She and M.L. were foster parents to several children during the late 60's and early 70's. They also shared their home with family members and children who needed somewhere to live. Gladys served on the Three Pines Water District and Douglas County Election boards. Gladys was a proud member of Avon's Rose Circle and President's Clubs and member of the First Christian Church. She is survived by Milton (M.L) Lee Bartholomew Sr; sons, Milt Bartholomew (Dixie); Lee Bartholomew; Ray Miller (Penny); Craig Miller (Helen); daughters, Sheryl Carson (Murle); Sharon Hervey (Gregg); grandchildren, Mike Bartholomew, Sheri Carson, Dan Carson (Carrie), Jason Hooker-Bartholomew, Josh Bartholomew, Jacob Bartholomew, Sam Hervey, Ben Hervey, Isabelle Hervey, Sarah Newman (Nick), Jessica Rinaker, six great-grandchildren, numerous nieces and nephews. She was preceded in death by an infant son, Daniel, her grandparents, Johann and Amelia Albers, and, Alfred and Susie Tapp, parents, Robert and Bessie Albers, siblings, Helen, Darlene, Mildred, Ray, Earl, Harry and Myrtle. She enjoyed her beautiful flowers and watching her humming birds, but more than anything she loved spending time with her children and grandkids. You couldn't find a prouder mom and grandmother. She always encouraged young people to pursue education and was always there to fight for the less fortunate or as she would say "the underdog". To family and friends, Gladys will be remembered not only for her wise words, but also for her kind deeds and how much she gave of herself to others. She will be missed more than words can say. A memorial service will be held at 1 p.m. on Saturday, December 3, 2011, at First Christian Church, 432 Kane St. Roseburg. Contributions may be made to a charity of your choice in Gladys' name.

The family of Gladys Lee Bartholomew created this Life Tributes page to make it easy to share your memories.

Send flowers to the Bartholomew family.