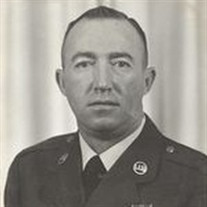 GEORGE DAVID WILLIAMS Born George David Williams the second son of Courtney and Martha Williams on a hillside farm in the Cumberland Mountains near Frenchburg, Kentucky. The family moved to Tampa, Florida when George was thirteen. A year later they moved to Cincinnati, Ohio where George graduated from high school. George enlisted in the Air Force in 1950 at the outbreak of the Korean War. He graduated from aircraft maintenance school at Sheppard Air Force Base in Wichita Falls, Texas. He then transferred to MacDill Air Base at Tampa, Florida where he worked on B-29 aircraft. He transferred to Lockborne Air Force Base at Columbus, Ohio. There he was assigned to the engine buildup shop. He worked on engines for KB-29 and KC - 135 aircraft. In 1952 George met and married Frida Kessler. In 1954, he re-enlisted, a year later he was assigned to the 54th Air Weather Squadron at Andersen Air Base, Guam. There he was assigned duties as crew chief on WB-29 and later WB-50 aircraft. Two years later he was transferred to Travis Air Force Base, California. There he worked on a variety of engines for cargo aircraft. He was later re-trained into jet engine maintenance. George's next duty station was Goose Bay Air Base, Labrador, Canada. He arrived there in 1962, he performed maintenance on a variety of cargo aircraft. After two years he was again transferred to Travis Air Force Base, California. George attended a variety of aircraft and engine maintenance schools during his career. He took college courses at night for several years. A turning point in his career when he was assigned to the NCO Academy at Orlando, Florida. George excelled and he graduated at the top of his 125 man class. This helped propel George to the rank of Chief Master Sergeant. In 1966, he was transferred to Vietnam. There he performed duties as an advisor to the Vietnam Air Force. George was awarded the Bronze Star Medal for his work with the Vietnamese. His next duty station was Altus Air Base, Oklahoma. There he was assigned as NCOIC of all aircraft engine maintenance for B-52 aircraft flying combat over Vietnam. George retired in 1971 after 21 years in the Air Force. George purchased and operated gas stations with Shell Oil for the next ten years in Vallejo, California. In 1981, he purchased an auto parts store. He operated that until his retirement in 1995. He purchased a ranch in Oregon in 1992. He moved there after his retirement. He met and married Ruby Vincent. They settled on their small cattle ranch in the Lookingglass Valley near Roseburg, Oregon. George loved his ranch and his family very much. George is survived by his loving wife Ruby Williams, three daughters Karen Williams, Tammy Woolbright, Micky Williams, and three grandchildren. Four step-children Pam Sutfin, Donna Schiro, Judy Jaska, and Nick Schiro, eleven step grandchildren and several step-great grandchildren. Thank you for your love Dave Williams, we will miss you very much. Graveside services for George David Williams will be held at 1:00 p.m., Tuesday, May 18, at Roseburg National Cemetery. Chaplain Tim Mayne will officiate. Following graveside services, there will be a reception at Nick Schiro home. 982 Reston Road, Roseburg, Oregon 97471 (Take highway 42, turn right on Reston Road go miles home will be on the left hand side). Relatives and friends are welcome at the Wilson's Chapel of the Roses, 965 W. Harvard Avenue, on Friday from 1:00 p.m. to 4:30 p.m. for viewing. Please visit Wilson's Chapel of the Roses website for sign in information. www.wilsonschapeloftherosesfh.com

GEORGE DAVID WILLIAMS Born George David Williams the second son of Courtney and Martha Williams on a hillside farm in the Cumberland Mountains near Frenchburg, Kentucky. The family moved to Tampa, Florida when George was thirteen. A year later... View Obituary & Service Information

The family of George David Williams created this Life Tributes page to make it easy to share your memories.