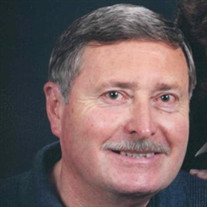 Frank John Yegge of Sutherlin, Oregon passed away peacefully at his home on Sunday morning November 21, 2021. He was 88 years old. Born September 2, 1933 in South Gate, California, Frank was the first of 6 children and the only son born to Francis J. (Doc) and Catherine Yegge. He attended schools in southern California including Chaffey Community College before enlisting and proudly serving in the US Air Force. He served during the Korean War and traveled to many parts of the world. He also played on the traveling USAF Men’s Basketball Team. After 4 years in the service, he returned to Chaffey College and completed his degree in accounting. It was there Frank met his future wife of 63 years, Delores Ann. They married November 8, 1958. Frank had a special bond with all of his five sisters. His father suddenly passed away in 1964 and left his 5 young sisters fatherless. Even though he had a young family of his own at the time, he stepped forward to try and fulfill a father role for his young siblings, and as emotional support for his mother. Frank owned and operated Fontana Builder’s Supply from 1962 thru 1975. In 1975, he sold the business and moved with Delores and their 4 Children to the beautiful, friendly, safe and closely knit community of Sutherlin, Oregon. Frank and his son Paul Yegge owned and operated Stop & Shop Market in Sutherlin for 42 years from 1976 thru 2018. Frank had a way of making his customers, friends, salespeople, and delivery drivers feel welcomed and appreciated. Frank loved sports, sports statistics, and playing basketball. He was a season ticket holder for the Duck football and basketball games for many years. As the grandchildren came, he and Delores were always there for all of the activities and games that they possibly could be a part of. But mostly Frank was a man of faith, unconditional love and forgiveness, and unwavering sense of honor and right. He was a dedicated Catholic, husband, father, grandfather, brother, uncle, cousin, and friend. He will be missed by many for his great sense of humor, stories, patience, and integrity. Frank is survived by his wife of 63 years Delores, sons Mark Yegge and John Yegge of Eugene, daughter Annette (Zach). Grandchildren Zed, Carly, and Connor. Sisters Sharon, Cathy (Roger), Deborah, Linda Sue (Bill). Frank was preceded in death by his son Paul and sister Barbara in 2021, and parents Doc and Catherine Yegge. He was an active member of St. Francis Zavier Catholic Church in Sutherlin and long a term member of the Knights of Columbus. Interment will be at the Roseburg National VA Cemetery with military honors at a later date. The family requests that donations in Frank’s memory be made to St. Jude’s Children’s Research Hospital. Thank You to all the friends, family, and caregivers who gave Frank comfort and happiness. Think of Frank today and feel his friendly smile.

Frank John Yegge of Sutherlin, Oregon passed away peacefully at his home on Sunday morning November 21, 2021. He was 88 years old. Born September 2, 1933 in South Gate, California, Frank was the first of 6 children and the only son born to... View Obituary & Service Information

The family of Frank John Yegge created this Life Tributes page to make it easy to share your memories.

Send flowers to the Yegge family.