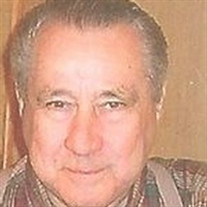 Frank Elst, Sr Frank Elst, Sr., proud patriarch of the Elst Family was born December 9th, 1923, in Shawano, Wisconsin. He passed away on August 21, 2010 in Roseburg, Oregon. When Frank was 17 he joined the Navy and served on the ship Colorado in the South Pacific as a Gunners Mate 1st Class to head of the Gunnery Department at the time of his discharge in 1943. He then married the love of his life, Doris, and in 1952 Frank and his family moved to Glendale, Oregon where he worked in the woods and later for a plywood mill which he helped build (Multnomah Plywood). He worked his way up to foreman before leaving the timber industry and beginning his real estate career, building homes, developing property and helping people buy and sell property. Frank and his wife, Doris, were instrumental in having the Galesville Reservoir built. Frank was an asset to his community and left the country around him a better place. He was instrumental in the founding of the Azalea Fire Department and was a charter member of St. Matthew's Lutheran Church. Frank loved hunting, fishing, spending time with his family and playing polkas on his concertina. He was always happiest with his family around him. Frank is survived by his wife Doris, son Frank Jr. (Pat), Roseburg, and their children David, Melissa and Rex; son Steven (June), Azalea, and their children Jeff and Kevin; daughter Darcy McCleary (Tommy), Medford, and their children Sean and Brynn; and daughter Tami Elst, Roseburg, and her children Josef and Charles Heenan; and 10 great grandchildren. Frank was preceded in death by father Simon and mother Mary, brothers John, Fredrick and Lester Elst, sisters Helen Humblet, Julia Sperberg and Dorothy Clark. A graveside service will be held at Roseburg Memorial Gardens on Thursday, August 26, 2010 @ 11:00 am..

Frank Elst, Sr Frank Elst, Sr., proud patriarch of the Elst Family was born December 9th, 1923, in Shawano, Wisconsin. He passed away on August 21, 2010 in Roseburg, Oregon. When Frank was 17 he joined the Navy and served on the ship Colorado... View Obituary & Service Information

The family of Frank Elst created this Life Tributes page to make it easy to share your memories.

Send flowers to the Elst family.