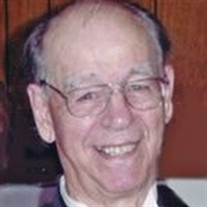 Francis Corwin Circle Age 101, of Roseburg, Oregon, passed away Sunday, November 22, 2009. He was born June 30, 1908, in Ceres, OK to Elmer M. and Abigail (Lively) Circle. On October 22, 1941, he married Mary Louise Higdon of Battle Ground, WA. They were married for 60 years before Mary's death on November 20, 2001, in Roseburg, where they settled in 1947. As a teenager, Francis drove a team of horses in the seining grounds of the Columbia River, fishing for salmon in the summer. His father taught him how to fall timber with a crosscut saw, using an axe to cut the face in the trees, and he worked for many years falling and bucking timber when logs were still hauled out by rail. In the late 1930's, he began hauling the logs, driving a truck as an owner/operator. He continued to drive logging trucks until 1969, when he went to work for Roseburg Lumber driving chip trucks. He retired in 1981at the age of 73. He was a long-time member of the United Brotherhood of Lumber & Sawmill Workers Local 2949. Francis was preceded in death by his parents, Elmer & Abbie; sisters Vera, Verle, and Margaret; and sister-in-law Evelyn Holbrook. He is survived by his children, son Michael Circle and wife Diana of Roseburg, and daughter Monica Swanson and husband Jim of Ione; grandchildren, Luke Swanson and wife Tyan of West Linn, Adrienne Swanson of Pendleton, and Samantha Griffin of Roseburg; great-grandsons Carter Swanson and AJ Griffin; niece and nephews, Jean Ann Walsh, Tom Holbrook, Glenn Vehrs and Richard Sharp; cousin, Ray Circle, and many other family members and friends. Services will be held at Wilson's Chapel of the Roses on Saturday, November 28th at 2:00 pm. His family would like to extend a special thank-you to the staff at Bridgewood Rivers for their loving care of Francis for the past 4 years and to Mercy Hospice for their care and support. In lieu of flowers, memorial contributions in honor of Francis can be made to Bridgewood Rivers at 1901 NW Hughwood Ave., Roseburg, OR 97470.

The family of Francis C. Circle created this Life Tributes page to make it easy to share your memories.

Send flowers to the Circle family.