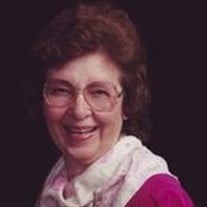 April 6, 1930, Tulia, Texas - May 25, 2010, Roseburg, Oregon Dortha Mardee Myers was born April 6, 1930, to Gladys Jewell (Holcomb) and Orval Phillip "O.P." Frakes in Tulia, Texas. The eldest of three children, young Mardee learned about hard work through life on a farm. Here she learned about gardening, cooking and canning, caring for animals, and managing money. She also began a lifelong love of music. In 1947, Mardee went to Southwestern Junior College in Keene, Texas, to finish high school. The next year, while attending pre-nurses training she met Ray C Myers, a dashing pre-med student from Dallas. They married November 6th, 1949, in Amarillo, Texas. In 1950, Ray and Mardee moved to California where they had their first child, Dortha Raylene. Mardee worked at St. Helena Hospital as a nurses aide, and together they ran the Vet Heights Co-op, while Ray worked on his bachelors degree at Pacific Union College. After graduation, they moved to Loma Linda where Ray completed physical therapy training in 1954. In 1955, the couple moved to Clarkston, Washington, to work for Dr. George A. Thompson. Mardee worked as a receptionist, Ray began his career as physical therapist, and the new family lived in the basement of the medical office. Their second child, Douglas, was born in April. Mardee and Ray were two of the earliest members of the Clarkston Seventh-Day Adventist Church, and were instrumental in the building project for the new church. Over the years, Mardee was an active church leader, serving in many roles, including teaching classes, leading in the children's departments, Sabbath School superintendent, church organist, and Pathfinder leader. In 1956, they bought land south of Clarkston, and began building their own home. This project was a labor of love that continued for the next 33 years, as they turned a sand hill into a beautiful home, garden and orchard overlooking the Snake River. Dale was born in 1960, and the family of "Four D's" was rounded-out in 1964 when Debra was born. In 1969, Ray opened Lewis Clark Physical Therapy Service. Working together they built a very successful professional practice. Mardee was proud to continue the family tradition of nursing started by her mother and two aunts, when she graduated in 1974 with her R.N. from Lewis-Clark State College. Mardee would go on to be Director of Nursing Services at Tri-State Convalescent. In 1989, Mardee and Ray retired and moved to Myrtle Creek, Oregon. Mardee worked part-time at the Myrtle Creek Hospital, a health clinic, and Dr. Werner Leibold's office. Mardee loved her family. She beamed with pride at her children's successes, struggled when they struggled, laughed at their goofy humor, and basked in family reunions. She loved when we gathered around the piano and organ to sing songs, around the kitchen table while she served a wonderful meal, or around a game of Rummy-O or Uno. Mardee may have been best known for her love of writing to friends, and her gift of encouragement. If you knew her, or met her only briefly, you were likely to receive a handwritten card or letter. Her love and words of encouragement will be missed by many. Mardee is survived by her husband of 60 years, Ray Myers; children, Raylene Eilers, Douglas Myers, Dale R. Myers and Debra Myers; grandchildren, Elisa Linton and Taylor Eilers; and a great-grandson. She is also survived by sister, Maxene Lovell, and brother, J. D. Frakes. Services will be at 4 p.m. June 26, 2010 at the Canyonville SDA Church.

The family of Dortha Mardee Myers created this Life Tributes page to make it easy to share your memories.

Send flowers to the Myers family.