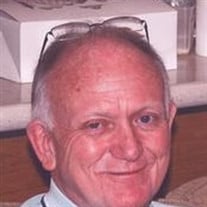 Dennis Gene Stallsmith was born on March 12, 1947 in Walla Walla, Washington Dennis grew up in Payette, Idaho, a small town with his brother Don and Special brother Harold, his sister Rosan and his mother Marie. Dennis knew the challenges in life from a very early age. He also relied on his Catholic faith and religious upbring to help with these challenges by actively participating in the church and serving as an alter boy. Dennis worked hard all of his life and was driven to succeed in his work. He studied hard and graduated from college from Norther Arizona University of Flagstaff so he could pursue his love in life of engineering. Throughout his career he designed and worked on large turbines, both gas and electric of the type used for power grids. His work was good and his talents gave him the opportunity to travel around the world to use his talents in places like Switzerland, South Africa, China, Austria, and Saudi Arabia. He spent the last 10 years working in Jeddah, Saudi Arabia and the culmination of his career was designing the power grid for the Economic City in Saudi Arabia, which, when completed will be the largest city in the world. His company was awarded the contract while in the hospital in the final days of his life. Dennis was blessed on October 30, 1980 with a very special little lady when his daughter Marlena was born. He cherished his daughter and loved her more than anything. Though he worked half a world away, he wore a gold necklace, a cartoush, with his name on one side and Marlena's name on the other. His home in Jeddah had many pictures of her that he held dear to him. He never took the cartoush off and was wearing it at the time of his death in the hospital. Even though the distance was far, his love never faltered and Marlena has a very special place in his heart. Dennis was a kind soul and he had many friends, very close ones these last ten years living in Jeddah. One of the things you could always count on with Dennis is his honesty, integrity, caring, and positive attitude. Dennis had all these qualities and a friend in need was always taken care of. Dennis could be in his suit and tie in the morning talking to one of the Royal Family of Saudi Arabia and in the evening inviting the gardener or stone crusher to his villa to eat. Dennis loved to cook and entertain at his villa and everyone was invited. These were all good friends and there was no distinction between the rich or dirt poor. Dennis was like this. Dennis loved his family in the States, but these last 10 years it was Jeddah, Saudi Arabia that was to be his home. Dennis decided to stay in Saudi Arabia to fight his illness and he gave all he could do to do this. Dennis knew of his diagnosis and the outcome, but chose instead to stay with those who he worked with and friends who grew to be his family in Saudi Arabia. His close friends, Tom, Marlene, Fred and others came to see Dennis in the hospital, knowing each day that Dennis was getting weaker and the disease was progressing, but Dennis always had a smile, a positive attitude and a thank you from his heart, even though he was in severe pain from the cancer that was to take him from us. Today, there are also tributes to Dennis being held in Saudi Arabia and South Africa. Some of the floral tributes you see here today were sent by his close friends in Jeddah. His sister, Rosana says that Dennis is my hero and mentor. I will always be indebted to my dear brother. We had a bond and love which will always be. Dennis was given the last rights on April 26, 2011. He passed away to heaven on April 27, 2011 at 8:45 pm. Though it is sometimes difficult to accept that he is gone, there is comfort in knowing that his suffering has ended and he is now in the hands and care of the Heavenly Father. He will remain in our hearts forever.

Dennis Gene Stallsmith was born on March 12, 1947 in Walla Walla, Washington Dennis grew up in Payette, Idaho, a small town with his brother Don and Special brother Harold, his sister Rosan and his mother Marie. Dennis knew the challenges in... View Obituary & Service Information

The family of Dennis G. Stallsmith created this Life Tributes page to make it easy to share your memories.

Send flowers to the Stallsmith family.