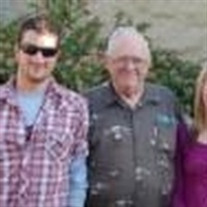 12/1/10 Obituary for Dale Arthur Josh Dale Arthur Josh, 73, of Roseburg, Oregon passed away Tuesday, November 30, 2010 due to heart disease. He was born December 4, 1936 in Kearney, Nebraska to Elmer and Florence Josh. He spent his early years in Nebraska and moved to Oregon in 1951. He graduated from Roseburg Senior High in 1954, enlisted in the Marine Corps in 1955 with his buddies Bill Johnson and Jim Wilson, being stationed in various parts of the Pacific for the next three years. While home on leave from the Marines, he met his wife to be, Beverly Jean Weber. They were married February 14, 1959 in Sutherlin, Oregon and settled in Roseburg. Dale and Beverly were blessed with two children, Lacinda (Cindy) and Michael. Dale worked at Nordic Veneer and later went to work for the U.S. Forest Service until his retirement, over 20 years later. He and Beverly took several trips with family and friends to such places as Hawaii, Montana, Nebraska, British Columbia, as well as frequent trips to the Oregon Coast and Diamond Lake. Dale enjoyed hunting, fishing and camping with his family and friends. Dale loved spending time with his grandchildren which were his pride and joy. He never missed a sporting or important event in their lives. One of his special memories was from 2002 when he was selected as a member of the Capital Holiday Christmas Tree delivery team. They took several trees, as well as the one displayed on the Whitehouse lawn from Douglas County, Oregon to the Whitehouse in Washington DC. He spent the last few years attending events with his high school classmates and former co-workers. Dale was a long time avid attendee of Glide High School sporting events. Dales was preceded in death by his parents, his wife Beverly, as well as his brother Donald. He is survived by his two children; daughter Lacinda (Cindy Beesley) and son Michael Josh, wife Kelly; his sisters, Sharon Johnson, Sheila Abrahamson and Rennae DeVoogd; his grandchildren Zachariah Beesley, Cody and Kelsey Josh; as well as nieces, nephews and cousins. In lieu of flowers, donations may be made to the American Heart Association or a charity of choice of the donor in care of Chapel of the Roses. The funeral service is scheduled for Saturday, December 4, 2010 at 10:00am at Wilson's Chapel of the Roses, located at 965 West Harvard Blvd. There will be a reception following the service at Karen's Coffee Cup, located at 2445 N.E. Diamond Lake Blvd.

12/1/10 Obituary for Dale Arthur Josh Dale Arthur Josh, 73, of Roseburg, Oregon passed away Tuesday, November 30, 2010 due to heart disease. He was born December 4, 1936 in Kearney, Nebraska to Elmer and Florence Josh. He spent his early years... View Obituary & Service Information

The family of Dale Arthur Josh created this Life Tributes page to make it easy to share your memories.

Send flowers to the Josh family.