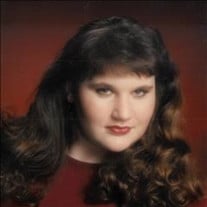 Chaya was born on January 23, 1976, in Portland Oregon to her parents Linda and John McEwen. Chaya's name is Hebrew and means "to restore to life." Chaya would later in life describe her mother as being her best friend. Chaya attended Lynchwood elementary school where she made friends easily, one of her friends is here today. After Chaya's parents divorced and her mom remarried, she moved to Sandy, Oregon, and attended high school there. However, it turned out to be too "redneck" for her. She quickly became friends with a gay boy and was relentlessly picked on for doing so, she stayed friends with him still. Chaya later transferred to Gresham high school. She continued to do the right thing making friends with those who needed one the most and standing up for those who couldn't including the time she punched a drug dealer behind her in class after hearing him brag about selling drugs to a girl who later died. She was sent to the principal's office and was then simply sent back to class. Chaya later graduated from Gresham high school in 1994. Chaya's mother says "She was the bravest person she knew, even at the age of 6. At that time she was assaulted by a neighbor and had to talk to detectives, attorneys and go before a judge. She was totally awesome." She loved living in the country and tried to be a "country girl", helping their neighbors with their chickens, rabbits, and haying until realizing how heavy they were. Chaya loved animals, she loved animals whether they were wild or domestic. She had many cats, dogs, and rabbits for pets. Every summer during high school she attended YMCA horse camp at the coast. Chaya and her mom raised Satin Angora rabbits her senior year of high school. They went to rabbit shows almost every weekend, going as far as San Francisco. Her mother said "This was an experience, as well as a special bonding time. It was especially exciting when our favorite rabbits won best in the show." During high school, she participated in dance, weightlifting, and speech. She was an accomplished debater and public speaker. While in high school she won the optimist club award for public speaking. During grade school and high school Chaya enjoyed spending time with her grandparents. Her mother says "She was lucky to have both sets of grandparents, plus her favorite aunt to dote on her." Chaya loved going camping, shopping, out to eat, watching old movies, and just hanging out. "She loved playing school with her grandma because she always got to be the teacher." Her mother says. She loved skiing with her dad. Chaya's favorite holiday was Christmas, and even more so after having Madisyn and Jonathan. She was obsessed with snowmen and probably has 100 of them. She loved baking Christmas cookies with her kids, flour, crumbs, and icing everywhere. Unfortunately, Chaya was diagnosed with Multiple Sclerosis at the age of 18, ending her dream of being a firefighter. Chaya actively fought her MS, whether with pills, shots, or chemotherapy. Chaya's MS improved while she was pregnant, but would immediately worsen after delivery. Nevertheless, she enjoyed motherhood - rocking them, bathing them, playing with them, and reading them countless books, tucking them into bed was a special time. Chaya definitely enjoyed making birthdays and holidays special for Madisyn and Jonathan. She was so proud of them when they both graduated from high school and later, now that they both have good jobs. When her MS worsened she moved in with her mother and stepfather Art and Linda Potter in Milo, Oregon. It was an adjustment but was made easier by the fact that Madisyn already lived there and Jonathan was able to visit. Then in the summer of 2019 after some serious health issues, Jonathan decided to move in with his mother and grandparents during his senior year of high school, and her family was finally complete. Chaya was a people person. She quickly made friends with the Milo volunteer fire department, her caregivers Corrine and Serena. Her mother says "She loved it when Serena polished her nails." She made friends with anyone she met.

Chaya was born on January 23, 1976, in Portland Oregon to her parents Linda and John McEwen. Chaya's name is Hebrew and means "to restore to life." Chaya would later in life describe her mother as being her best friend. Chaya attended Lynchwood... View Obituary & Service Information

The family of Chaya Kathleen Ashcraft created this Life Tributes page to make it easy to share your memories.

Send flowers to the Ashcraft family.