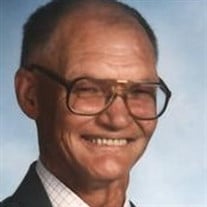 CHARLES FRANKLIN HURD Charles Franklin Hurd passed away on October 22, 2011 in Roseburg, Oregon. Chuck was born on January 21, 1931 to parents Weaver Franklin and Sarah Anna Hurd in Springdale, Arkansas. He had one younger brother, Carl Thomas Hurd. Chuck was preceded in death by his parents, Weaver and Anna Hurd and by his lovely wife of 44 years, Betty Jean Hurd, who passed away in November 2002. He is survived by his brother Carl Thomas Hurd and his wife Mary from Cottage Grove, Oregon, his three children, Beverly Ann Armstrong and her husband Bob from Manti, Utah, his son William (Bill) Franklin Hurd and his wife DaNae from Clovis, California and his daughter Ruth Marie Thornberg and her husband Craig from Roseburg, Oregon. He is also survived by 14 grandchildren and 26 great-grandchildren. Chuck was brought up in hard economic times which taught him to have a great work ethic. He always worked hard and took pride in his jobs (mostly construction and truck driving) and his ability to always work towards his future goals. Chuck had a great love of the outdoors. He enjoyed hunting, fishing and camping. He was also quite the musician. In his twenties and thirties he was usually in a country western band. He couldn't read music but could play guitar, fiddle, accordion, harmonica and keyboard or piano. After his wife, Betty passed away, he moved into the Garden Valley Retirement Home and would play keyboard for the residents there. He quickly earned the nick-name "The Music Man". He will surely be missed for his music and his sense of humor, along with his great outlook on life. For those of you who would like to contribute to his favorite non-profit organization in lieu of flowers, please send your memorial donations to Oregon State Library, Talking Books, 250 Winter St NE, Salem, Or 97301-3950. Services will be held at Wilson's Chapel of the Roses, 965 W Harvard Ave, Roseburg on Friday, October 28 at 11:00 am. Procession to follow for graveside services at Roseburg Memorial Gardens, 1056 NW Hicks St, Roseburg.

The family of Charles Franklin Hurd created this Life Tributes page to make it easy to share your memories.

Send flowers to the Hurd family.